It’s not an overstatement to say that the launch of the all-new Toyota Supra was one of the most anticipated auto-related events in Malaysia for 2019, apart from the still elusive flying car. Kudos to UMW Toyota for getting on the global queue early; after all, the Supra only started sales in Japan in May and has been sold out in most other markets. Hence the opportunity to get behind the wheel was welcomed, come haze or shine.

Let’s begin by addressing the elephant in the room – that the A90-generation Supra lacks in-house pedigree because BMW engineered the car for Toyota. Yes, the platform, powertrain, mechanicals, even the software that runs the infotainment are all from Munich, but between having no Supra at all or one manufactured by a brand synonymous with iconic performance cars; the maker of the world’s most memorable inline-six engines…is really a no-brainer. BMW also needed a partner to share the cost of their new Z4, so everything worked out well for both parties. Put it this way, would you complain if your Seiko had an Omega movement?

It’s funny how different some cars look in the flesh compared to pictures, the Supra isn’t one of them – it’s just as intriguing in person as it is on a computer screen, which is to say there’s a lot to take in. It’s never going to be pretty nor graceful in the traditional sense of a coupe, Toyota probably intended it to be anyway, but its complexed shape projects power, the slashes on the body, even the spokes of those 19-inch alloys appear as if they have been sculpted by a samurai’s katana. The front end does look a tad droopy, no doubt a homage to its predecessor, but there’s simply isn’t anything on the road that looks quite like the new Supra.

Driving on an old airstrip isn’t typical, but this isn’t your typical Toyota either. The smooth but dusty tarmac was set up with a few dynamic exercises to gauge the Supra’s acceleration, braking and lateral control, in both high and slow speeds, so some conclusions can be made, however brief the encounter.

It's familiar yet different at the same time. #ToyotaSupra

Posted by countersteer.my on Jumaat, 20 September 2019

If you are familiar with BMWs, getting into a Supra is like slipping on your favourite pair of trainers. An ideal driving position can be easily dialled in, the seat and steering adjustments are where BMW usually locates them, as are most other controls. At least the composition of the driver’s instrument panel is entirely Toyota’s and that oversized digital rev meter and potent-looking pointer spells an intent to go fast.

Hurtling down the runway, the Supra is every bit the sub-5 seconds 0-100km/h sports car it claims to be (officially it’s 4.3s); 340hp and 500Nm are plenty for something that weighs less than 1.6 tonnes, but the Supra has no issues putting down all that torque, if anything, it craves for more. You can always trust the Germans to over-engineer the chassis.

BMW don’t receive enough praise on how well they have honed their powertrains over the years (the kidneys getting all the unwanted attention instead). The performance and refinement of the inline-six and 8-speed ZF auto combo remains a benchmark rivals aim for. The power delivery of the B58 3.0-litre engine is urgent and seamless, you can barely discern the gear changes if not for the sweeps of the rev pointer. This isn’t a fault per se, but I wished Toyota had tweaked the Supra’s acoustics to make it sound angrier and a little less like a BMW.

Since there isn’t an equivalent Z4 with a fixed roof to speak of, it’s hard to say to what extent the Supra differs from the BMW convertible, but having tested the latter before, both cars do benefit handsomely from sharing a body structure that feels rather rigid, which is a solid foundation for everything else. The Supra does appear to have weightier controls; its steering requires a bit more heft, but every millimetre of input gets an immediate reaction from the front wheels. It’s already promising at the first turn of the wheel, literally.

The Supra impressed even more when slicing through the slalom course, just when you think the front end will start to wash as the speed increases, it raises its resistance to understeer by keeping roll tightly reined in, with the rear rotating predictably to help turn in. Yeah, the Supra is planted, composed and balanced, all the nice adjectives you can throw at a car’s handling, and it’s probably playful too with that torquey motor. 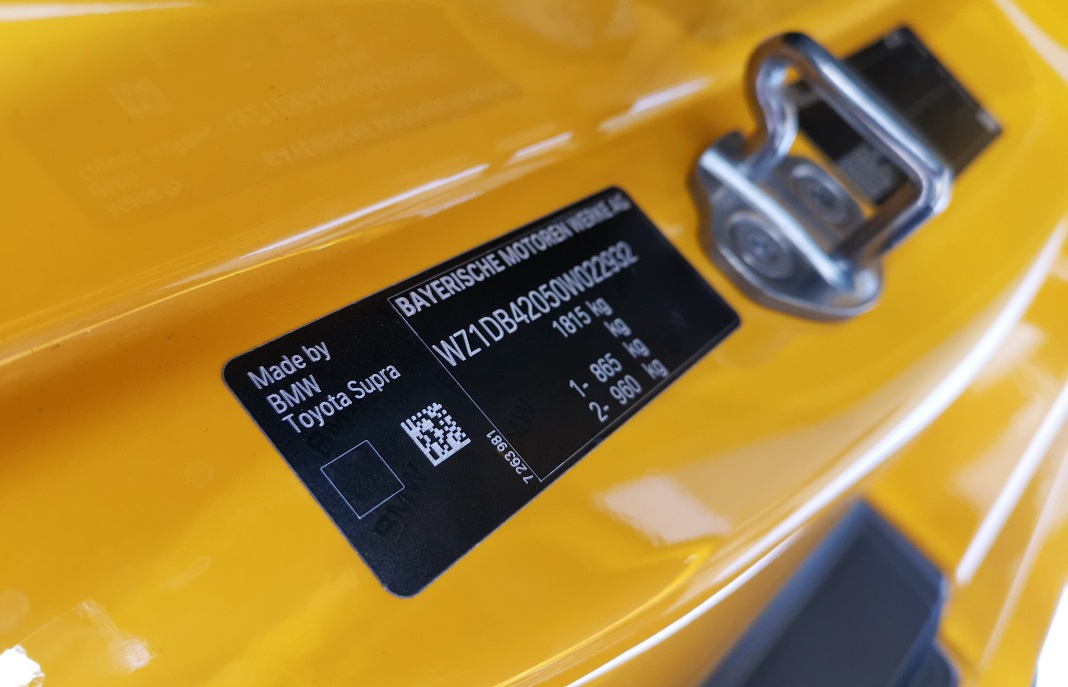 And just like that, the sampling of the Supra ended all too quickly, but it was very tasty and left me yearning for the main course. Somewhere in Bavaria, a few engineers are probably smirking too.

Mercedes-Benz at IAA 2019: Are you ready for carbon neutrality?