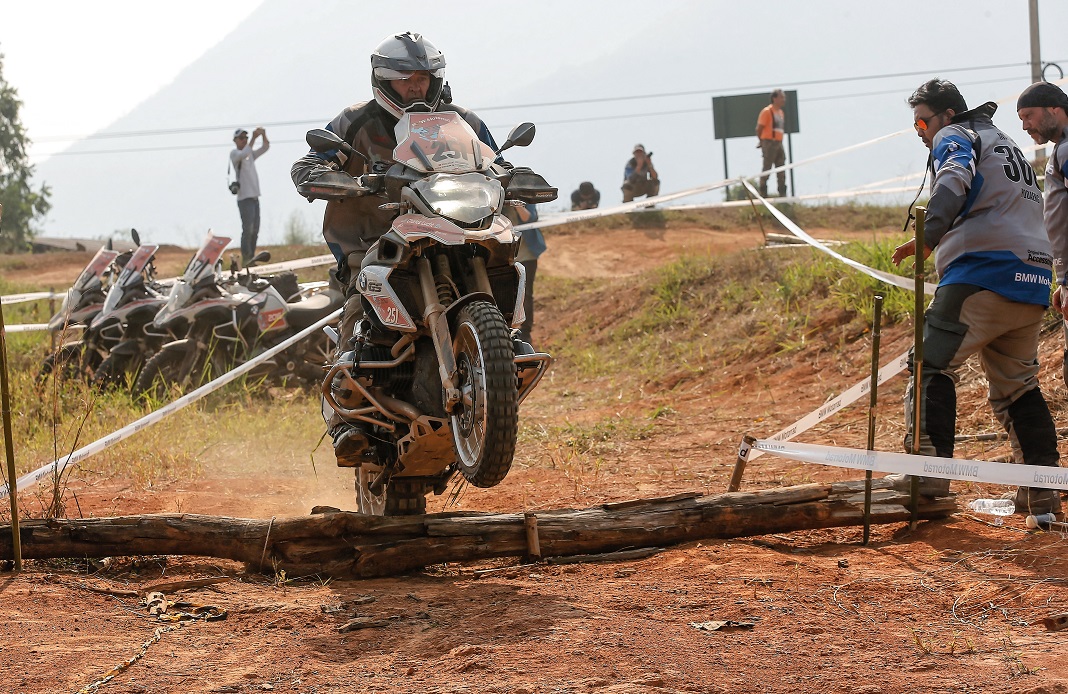 BMW may be facing stiff competition from Mercedes-Benz when it comes to selling cars but their Motorrad division is in rude health. After setting yet another sales record in 2015, they’ve kicked off 2016 with yet another record setting quarter. A total of 33,788 motorcycles and maxi-scooters bearing the BMW badge found owners in the first three months of 2016, which is a solid 7.7 per cent uptick over the same period last year.

The majority of the growth came from Europe and Asia, with Germany maintaining its position as the main global market though China posted the most remarkable numbers, with a 74.4 per cent sales growth over 2015.

Some things never change though as the R 1200 GS and GSA are still the best-selling BMW bikes. Over a third of total sales is accounted for by the adventure-bike duo, with the S 1000 RR and S 1000 XR continuing to find favour with fans by landing in third and fourth on the list. Sales of the made-in-India G 310 R are due to start this year, so expect yet more record-setting numbers from BMW Motorrad as they make a push to hit 200,000 annual sales and beyond.

Malaysia should be able to help meet those ambitions as bike sales for the brand have steadily grown. Having breached the 1,000 annual sales mark in 2015 (after selling 583 bikes in 2014), further growth is expected this year as more Thailand-made bikes reach our shores, which should bring prices down.

They’ve already launched two new bikes this year as the heavily revised BMW C 650 Sport and C 650 GT have just arrived in showrooms. Changes include a new CVT transmission, exhaust, revised suspension and some design changes to differentiate the two bikes from their predecessors.

The Kymco-sourced 647cc parallel-twin used to power both bikes is unchanged, producing 60hp and 63Nm of torque, but has received new mapping to make it Euro 4 compliant. BMW says there’s a new exhaust so it should sound better. Aside from ABS, which is carried over, Automatic Stability Control (ASC) is now part of the standard safety kit list for both bikes. Side View Assist, a blind spot assist function for bikes, is available on the C 650 GT but it appears that BMW Motorrad Malaysia hasn’t specified it for our bikes.

Prices remain at the premium end of the spectrum, though it should be noted neither machine is sourced from Thailand. BMW has stickered the C 650 Sport at RM64,900 while the more touring-oriented C 650 GT is priced at RM68,900. Both are on-the-road prices before insurance and though there are numerous other options for the same of money, both scooters should find favour with BMW Motorrad fans looking for a practical commuter bearing the badge of their favourite brand.

Nissan Leaf: Should you buy an electric car?

Toyota Corolla 1.8G: It’s all about the drive, really

Mercedes-Benz at IAA 2019: Are you ready for carbon neutrality?